ON THE APPELAIT BIBI - Tribute to our mascot, already 1 years old.

After a final day in the par (72) our young ambassador Horus birdshot, places a very honorable 29th place in Port Elisabeth , on the Sunshine Tour in South Africa .
Bravo Riekus Nortje !!!!

After a final day in the par (72) our young ambassador Horus birdshot, places a very honorable 29th place in Port Elisabeth , on the Sunshine Tour in South Africa .
Bravo Riekus Nortje !!!!

Aurélie Cervera, like all of us, is a birdhot sufferer. Nevertheless, at the age of 34, she continues to work for her favourite sport: football.
She lives near Montpellier and wants to organize an event for the association Horus birdshot in May 2020.
It will need help and support from the sick in this region. Also, thank you in advance for reading the messages she sent me and, perhaps, will make you want to be by her side.
Friendships to all,
Sylvain

September 3, 2019, genetic research on the birdshot disease is about to give its first results -

VERY IMPORTANT: INFO HORUS BIRDSHOT -
September 3, 2019, genetic research on the birdshot disease is about to give its first results -
At the end of 2018, I announced that we had concluded agreements with an American laboratory and that all this required several phases:
1 / repatriate the 500 blood samples from Reims to Paris
2 / transfer to a particular storage tank
3 / Agree on the research protocol with the labporatoire / Transfer the samples to the United States
4 / Sequencing of these 500 samples
5 / Analyze the results of this sequencing, which is the longest and most difficult process.
I exchanged yesterday with Professor Brézin on this subject, and I am happy to confirm that the 500 samples have been sequenced, and that we now begin the analysis and conclusions.
This research should provide us with insights into future treatments, at least hopefully reasonably. However, you know that the disease does not have only genetic factors (only 95% of the patients are HLA-A29 +) but this must logically make things progress considerably.
I will keep you informed of future essential information on the subject.
Sincerely,
Sylvain MIGNON
Pdt HB.

TRISTESSE: Our mascot Bibi left us in July 2019.

It is with great sadness that I announce that Bibi (his real name, Extra baby of the sacred tipi) noous left, after fighting with courage and good humor, for more than 12 months, against cancer.
She left in the highest dignities, calmly.
Our other Jazz mascot being inconsolable, we decided to take a second mascot, Plume, a young border collie of 3 months and a half that brings us the joy and the comfort that brought us Bibi.
We will never forget it as it was exceptional. 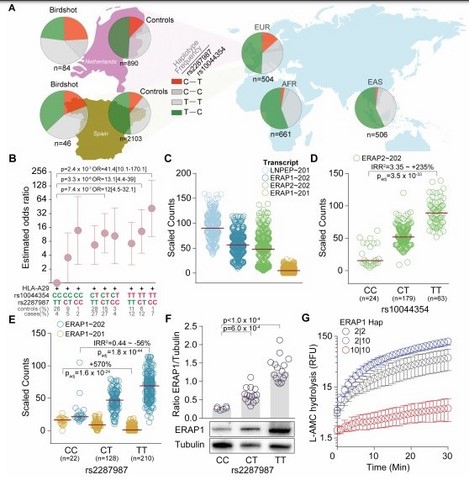 Recent Dutch and Spanish genetic research on Birdshot has revealed that changes in ERAP enzymes - molecules that interact closely with HLA (-A29) in the immune system - may explain why some people with HLA-A29 may develop Birdshot. Functionally, the activity of ERAP enzymes is often "unbalanced" in Birdshot. Researchers are currently studying how HLA-A29 and PIUs affect immune system communication in the eyes.
Thanks to Jonas Kuiper for this post.

It's technical and interesting
Sylvain
LINK

Riekus is a 28-year-old man with a promising future in professional sports. Indeed he is currently a professional golfer on the "Sunshine Tour", one of the most famous circuits in the world. Africa di Sud has already given us many exceptional players (Ernie Els, Retief Goosen, Louis Oosthuizen, ...) but especially a legendary player: Gary Player!
For experienced golfers, these names are well known and recognized, for the uninitiated, we can reasonably compare Gary Player to Zinedine Zidane, one of the best players in the history of his sport!
So we can say that Riekus was born in a country of talented sportsmen.
If health is an asset in this demanding sport, it is not the same for his father, Ferdie Nortje, suffering from the disease of the birdshot apparently ill-treated and because of which he lost a good part of his vision! A misfortune never arriving alone, his uncle, the twin brother of his father, has just learned that he was suffering too!
It is these different factors that have driven Riekus to become our media ambassador, and especially the birdshot ambassador to South Africa and wherever he proudly represents his national colors.
We will follow him as he moves. We will follow his results and, all together, we will give him an extra strength, which, I am sure, will help him even better, to be realized in his difficult career of professional sportsman (I know something !!) but still, in his life as a man!
Thank you again Riekus, and we wish you all the best in the future!
Congratulations to Ferdie, for giving such values to his son!
Thank you all for encouraging and following Riekus.
friendships
Horus Birdshot Mignon Sylvain
#birdshot

ANSWERS TO THE QUESTIONNAIRE 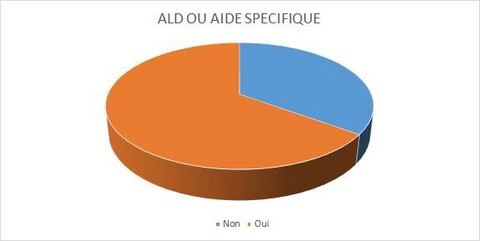 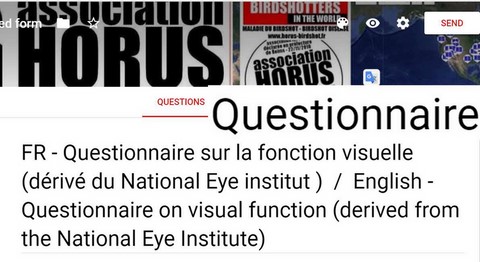 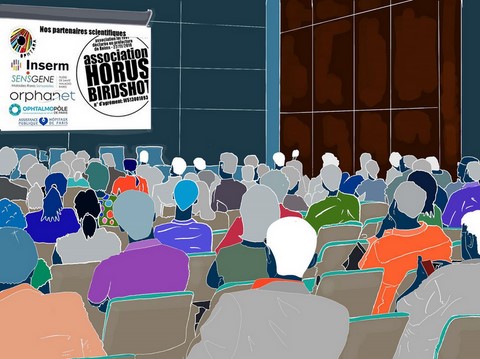 This section will bring together all the important information directly related to the association Horus birdshot. 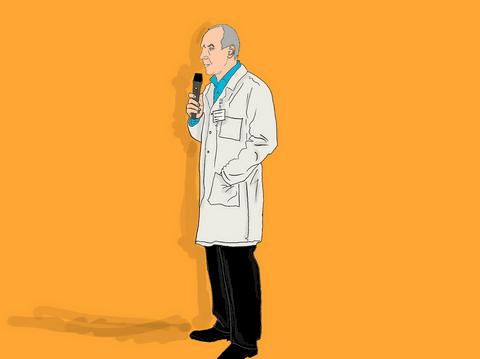 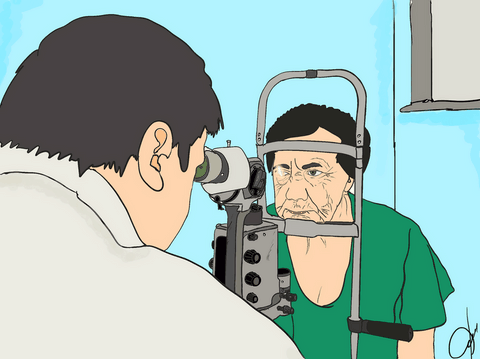 ORDER OF THE HORUS BIRDSHOT BOOKLET ON BIRDSHOT DISEASE IN THE WORLD -
Wherever you are in the world)
Email:
contact@horus-birdshot.fr
84 pages and will be enriched with your testimonies (anonymous of course) as well as various documents.
Quality draws.
Our cost price is 12 euros, so to buy it, thank you for making a minimum donation of 15 euros in France (20 abroad) (or more, donations are free and are entitled to 66% tax deduction)
If you have a real problem with that, leave me a message)
An English version is about to come out soon.
Don't hesitate to share.